5 ways to conserve battery life on your iPhone, and get the most out of a single charge

Once your iPhone battery is low, you’re obviously in danger of losing access to all its features including email, phone calls, texts, GPS, and even your ride home if you were using Lyft or Uber.

At best, a dead iPhone battery is an annoyance, leaving you without anything to watch or read during a train ride or ending a text conversation too abruptly. In the worst case scenario, a drained battery can leave you stranded, unable to call for a ride, or even in danger with no way to call for help.

A newer iPhone’s battery should last as long as 24 hours with moderate use during the day, but streaming video, making calls, listening to music, and other active uses cause much faster battery drain. However, it’s often the background activity that you’re not even aware that’s to blame for that dead battery at day’s end.

Your phone might be on the hunt for a WiFi signal, updating an app, or trawling for news stories, all of which and more can drain battery life without providing you any real benefit.

Here are five ways to save iPhone battery life.

Check which apps are using the most battery

You can periodically check which apps drain the most power by going to the Battery tab under Settings. The percent of power each app uses is displayed and can help you assess which are the main culprits. Consider closing out of apps that are draining the most battery rather than leaving them open, or use them less often. 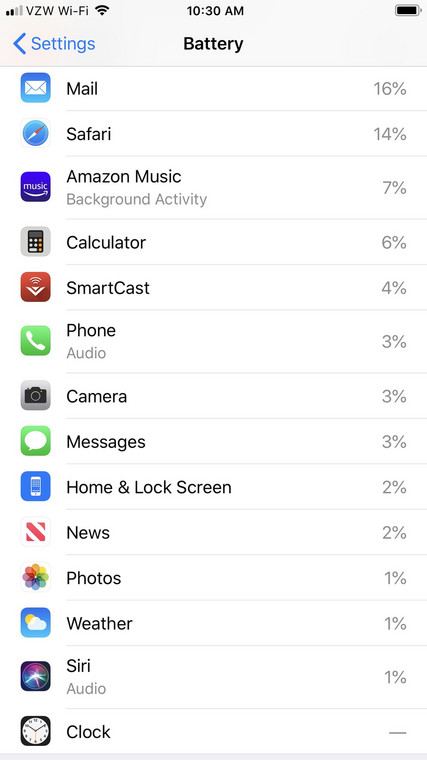 Turn down your screen brightness

Unless you’re using your phone outside on a sunny day, there’s no reason for the screen to be at full brightness. Swipe up from the very bottom of the screen to bring up the Control Center, and from there lower screen brightness to the lowest point at which you can still see whatever activity you’re doing on the phone.

Turn off WiFi or cell service as appropriate

If you’re out and about, turn off your phone’s WiFi service so it won’t constantly search for a signal. And if you’re at home, at work, or elsewhere where you can make calls via WiFi, turn off the cell service so it won’t trawl for a connection. And if need be, go into Airplane Mode (from the Control Center or Settings) and shut down both to save even more power. 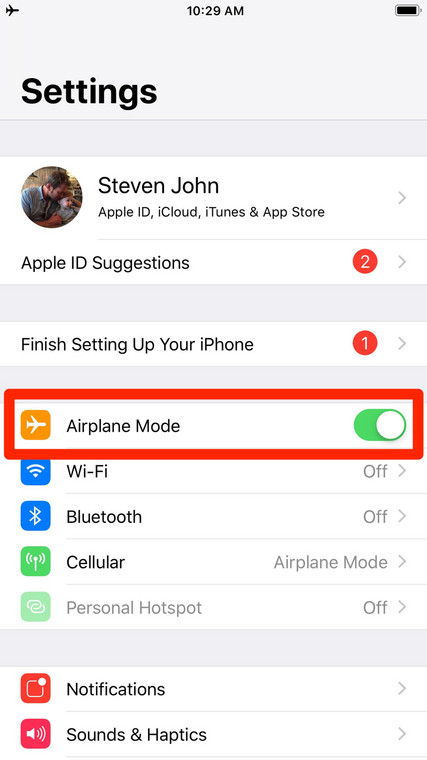 Turn off Location Services for apps

Go into your Settings, then scroll until you find the Privacy tab. Tap it, then hit Location Services. From there, you can customize which apps use location-based tracking; the more you limit (or set to Never entirely), the less power those apps will drain when in use. 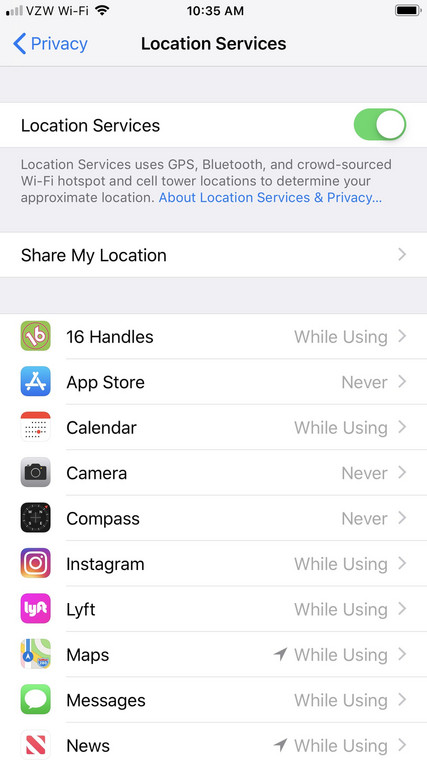 Once your phone advises you to switch into Low Power Mode, you’d better do it, or you’ll be at near 1% battery in less than half an hour. But if you’re not actively using your phone, or else you’re doing something rather passive, like reading or writing a long email, you can proactively switch into Low Power Mode (from the Battery tab in Settings) to save power by limiting background activity and mail fetching. 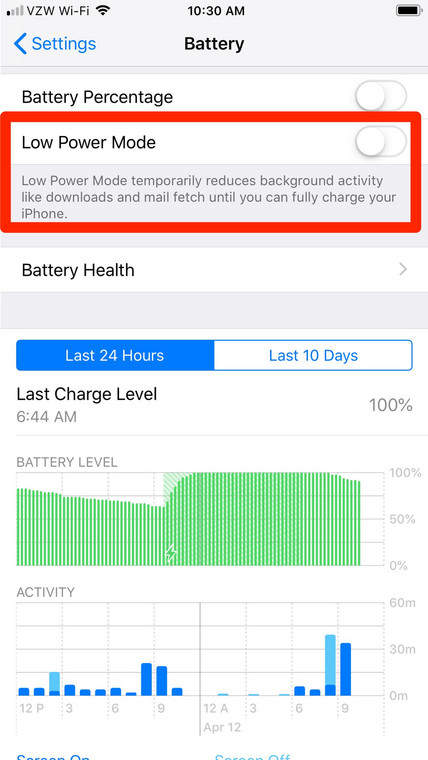 Under the light of this week's full moon, a group of witches of TikTok — or WitchTok, if you will — are casting protection...
Read more

Here are the most popular villagers in Animal Crossing: New Horizons

Though many villagers are loved, some are more popular than others. There are over 390 different villagers in Animal Crossing: New Horizons, and each one...
Read more

7 Things to Know About the iPhone SE 2 iOS 13.5.1 Update is a post by Adam Mills from Gotta Be Mobile. While many new...
Read more

Reddit Co-founder Alexis Ohanian announced Friday he's stepping down from his seat on the Reddit board. He issued a video statement on his social...
Read more

How to Draw Manga: The Simple Hidden Technique

"Manga" refers to comics and graphic novels created in Japan, but this style of comic is popular worldwide. To draw manga or illustrations in...
Read more
How To's

Are you looking for the best WordPress themes for apps? You can use WordPress apps themes to promote your app or software. These themes are...
Read more
How To's

How to Hack Android Phone The Definative Guide

How to Hack Android Phone Using Another Android Phone? Let’s consider this situation for a minute—you want to find out what’s going on in someone’s...
Read more
How To's

How to Fix Facebook Incorrect Thumbnail Issue in WordPress

Have you noticed an incorrect post thumbnail when you share your articles on Facebook? It’s a common error that beginners often complain about because knowing...
Read more
How To's

In the next few days, lots of App Store and iTunes gift cards will be gifted. If you were just given one or treated yourself, follow...
Read more
How To's

how to clear cache on iPhone and iPad

It doesn’t take long for caches to fill up on iPhone and iPad. From iOS’ browser, Safari, to third-party apps, follow along for how...
Read more