Google Wants to Establish an Official Standard for Using Robots.txt

Google has proposed an official internet standard for the rules included in robots.txt files.

Those rules, outlined in the Robots Exclusion Protocol (REP), have been an unofficial standard for the past 25 years.

While the REP has been adopted by search engines it’s still not official, which means it’s open to interpretation by developers. Further, it has never been updated to cover today’s use cases. 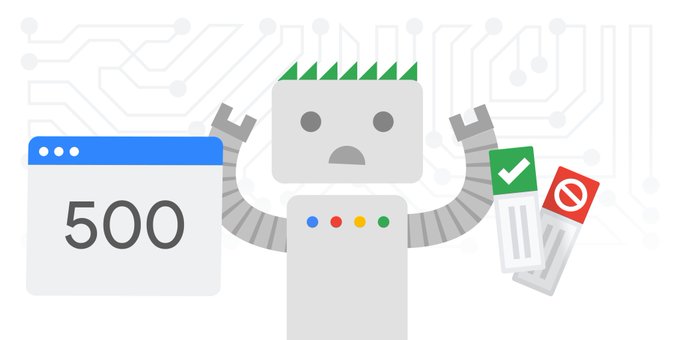 It’s been 25 years, and the Robots Exclusion Protocol never became an official standard. While it was adopted by all major search engines, it didn’t cover everything: does a 500 HTTP status code mean that the crawler can crawl anything or nothing?

As Google says, this creates a challenge for website owners because the ambiguously written, de-facto standard made it difficult to write the rules correctly.

To eliminate this challenge, Google has documented how the REP is used on the modern web and submitted it to the Internet Engineering Task Force (IETF) for review.

Google explains what is included in the draft:

“The proposed REP draft reflects over 20 years of real world experience of relying on robots.txt rules, used both by Googlebot and other major crawlers, as well as about half a billion websites that rely on REP. These fine grained controls give the publisher the power to decide what they’d like to be crawled on their site and potentially shown to interested users.”

The draft does not change any of the rules established in 1994, it’s just updated for the modern web.

Some of the updated rules include:

Google is fully open to feedback on the proposed draft and says it’s committed to getting it right.

Donald Trump finally wore a mask in public. Let’s take the high road on this one.

Look. I don't like Donald Trump. There's evidence of that all over this very website. But I'm not going to razz him for finally...
Read more

Poll: Are you trying the iOS 14 beta or waiting until the fall?

Go behind the battle with the cast and crew of 'Greyhound'. What you need to know Apple has released a new behind the scenes video of...
Read more

How can I download WhatsApp GB? If you're looking for how to download GBWhatsapp good luck because you're in the right place GBWhatsApp is an enhanced...
Read more

Everyone at Samsung is probably busy preparing for the upcoming Galaxy Note 20 launch, but that hasn’t stopped the company from continuing to push...
Read more

Seo for beginners With step by step seo tutorial

What is SEO? SEO stands for “search engine optimization.” It’s the practice of increasing both the quality and quantity of website traffic, as well as...
Read more
Advance Seo tips