There isn’t an official NBA 2K22 release date yet, but here’s what you need to know right now about NBA 2K22 based on traditions, rumors, and what we expect from the annual release.

NBA 2K21 is still the flagship game, but that will almost certainly change later this year when 2K Sports and Visual Dynamics announce a new entry in the long-running series.

We don’t know have much in the way of official NBA 2K22 news and it could be weeks before we learn more about 2K Sports’ plans for the popular basketball sim. While it’s early, we know a lot of gamers have questions about NBA 2K22 so we’re going to outline everything you can expect in this guide.

Here’s a closer look at what you can expect from NBA 2K22’s features, release date, editions, demo, and more.

If traditions hold, the initial NBA 2K22 announcement will likely come sometime in the first half of this year. Last year, the company teased NBA 2K21 during Sony’s PS5 reveal in June with the above video demo. As you can see, it’s a trailer that shows some stunning graphics, it doesn’t give gamers much sense of actual gameplay.

It’s worth noting that the initial announcements are typically light on details so don’t expect 2K Games and Visual Concepts to show much of the game in the early going.

We don’t have an official NBA 2K22 release date yet and we won’t get one until the companies are ready to start talking about it.

As of right now, you can expect the NBA 2K22 release date to land sometime in September ahead of Black Friday and the 2021 holiday season.

It’s worth noting that the NBA 2K21 release date was staggered. The game launched on Xbox One, PS4 Windows PC, Switch, and Stadia in early September. It was then released for the Xbox Series X on November 10th and the PS5 on November 12th. Those versions had to wait for the new consoles to be released on these dates.

So while there’s a slim chance of staggered NBA 2K22 release dates, we’re more likely to see the game arrive for all supported gaming platforms at once.

In the past, 2K Games has offered an early tipoff release date to those who pre-order deluxe versions of the game, but it didn’t offer an early release date for NBA 2K21 or NBA 2K20.

We also saw a far more muted release due to the coronavirus epidemic. Retailers like Best Buy often stay open late to accommodate shoppers who pre-order, but that wasn’t the case in 2020. We could see a similar approach in 2021 if things aren’t back to normal by the time NBA 2K22 hits store shelves.

You can expect two or three versions of NBA 2K22. There will be a no-frills standard edition and we’ll likely see one or two bundles with some extras. Of course, these will come at an additional cost.

NBA 2K21 comes in two flavors for last-gen and current-gen platforms. There’s a standard version and there’s a Mamba Forever Edition that serves as a tribute to the late Kobe Bryant. The Mamba Forever Edition comes with extras that should have appeal to shoppers who plan to invest a ton of time in the game. 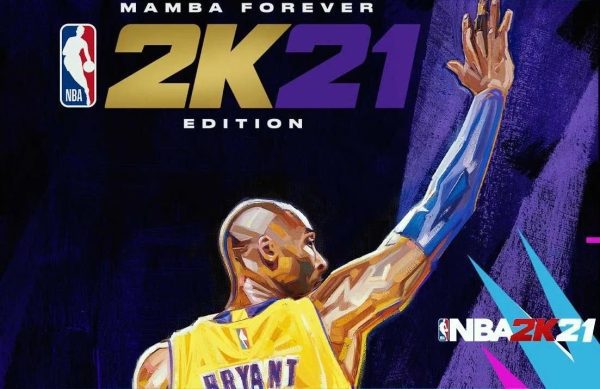 We expect a Special Edition or two of NBA 2K22, similar to the Mamba Forever Edition.

For reference, here’s what comes with the NBA 2K21 Mamba Forever Edition:

The NBA 2K22 special edition’s extras won’t exactly mirror this, but look for the bundle’s extras to revolve around in-game currency and the game’s various game modes.

Don’t expect NBA 2K22 to go on sale for several months at least. NBA 2K22 pre-orders will start when the publisher announces the game and the editions. Don’t buy any NBA 2K22 pre-orders from eBay or other services promising early access to NBA 2K22 at this stage of the game.

You can expect them to provide pre-order bonuses to entice shoppers. To give you an idea about what to expect, here’s what was offered to those who pre-ordered a standard copy of NBA 2K21 for last-gen platforms like the PS4:

Again, the NBA 2K22 pre-order bonuses probably won’t mirror this, but you can expect something similar.

You can also expect a release on the Xbox One, Xbox One X, Xbox One S, PS4, PS4 Slim, and PS4 Pro. These aren’t the latest and greatest models, but we’ll likely see support for these platforms continue for several years.

So if you’re a huge fan of the NBA 2K series, there’s no need to panic if you can’t find an Xbox Series X, Xbox Series S, or PlayStation 5 in stock right now.

Here’s an area where many shoppers are hoping for change.

Take-Two defended the price hike for PS5 and Xbox Series X calling it “justified” because it reflects the “quality of the experience” on these platforms.

The company also says that it plans to alter pricing on a title-by-title basis which means current pricing for the NBA 2K series isn’t set in stone. That leaves the door wide open for changes to the NBA 2K22 price. Whether or not we see changes remains to be seen.

You can expect retailers to provide some deals before NBA 2K22’s official release date. Retailers often shave a few dollars off pre-orders.

That said, the bulk of NBA 2K22 deals will likely arrive around Black Friday in November, the holidays in December, and in 2022 as we approach the release of NBA 2K23.

Last year, like previous years, it took several months for 2K Sports and Visual Dynamics to run down NBA 2K21’s features. We’re hoping they’re a little more transparent this year, but we’re not holding our breath.

Right now, we know almost nothing about the game. That said, you can expect numerous improvements and changes with a particular focus on current-gen platforms (Xbox Series X, Xbox Series S, PS5).

There are multiple NBA 2K21 cover athletes and you can expect the same from NBA 2K22.

We don’t know who will appear on the NBA 2K22 cover just yet, but you can expect multiple star players and an announcement sometime in May or June.

2K Sports typically releases a short demo of the next NBA 2K game ahead of the official release date. The demo lets players try a portion of the game early.

Last year, the NBA 2K21 demo was released on August 24th, or two weeks ahead of the game’s official release date. Prior to that, 2K released the NBA 2K20 demo on August 21st and NBA 2K19 Prelude on August 31st.

You can expect the NBA 2K22 demo to go live somewhere in the same timeframe. It should also be a free download for most platforms.

The mobile version of NBA 2K is typically a stripped-down version of the game. While it has some elements from the console versions, it’s not identical. It’s also much cheaper.

We also expect a companion app for NBA 2K22 called My NBA2K22. Like its predecessors, it should be free for both iOS and Android.